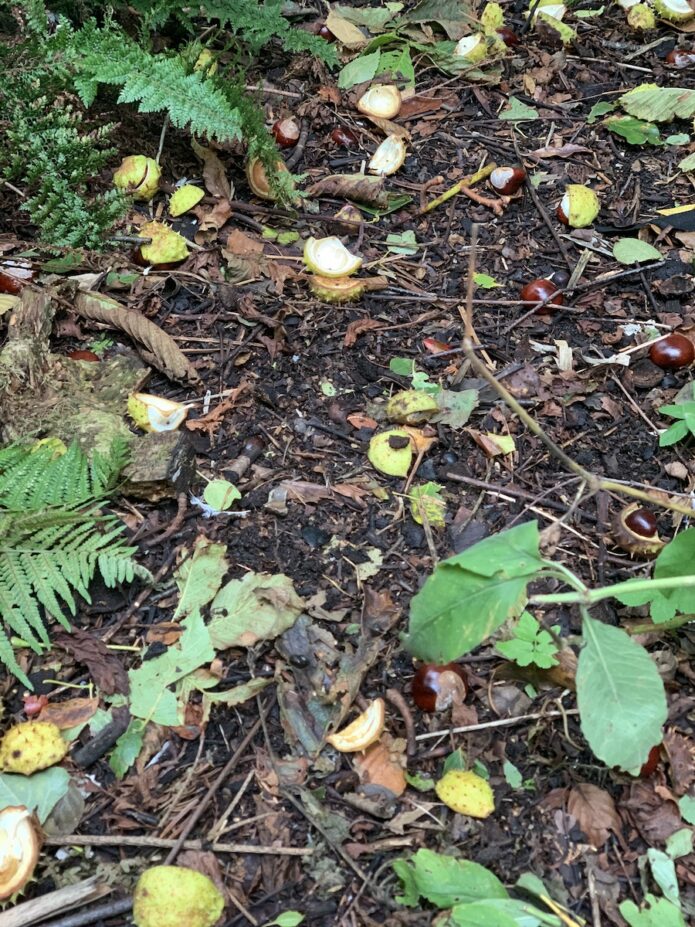 Q. Can you have too many trees in your garden?

We inherited approximately 3000 trees when we bought this house. OK, so not that many, but we have half a dozen rowans, two crabapples, an apple tree, a couple of flowering cherries, a twisted willow and a twisted pear, contorted hazel, magnolia, plus another handful of who knows what. Then there are the problematic ones: a cluster of conifers (one is perhaps a Leylandii type), a horse chestnut with canker and a blue cedar which will grow so large that it will eclipse the whole front garden eventually.

So, what do you do? It’s always difficult planning a garden. Change one thing and it could change the whole nature of the garden. The whole garden is very shaded and lots of the shrubs are struggling with the lack of light. I think if the conifers come down we’ll be able to grow a nice little patch of lawn, in a few years once the ground has lost the acidity that the conifers create. I’m not a great fan of lawns but I’d like a little place to sit and have picnics and make daisy chains. If the cedar came down we’d have a similar situation – where there are currently struggling shrubs we could grow some hydrangeas or choisyas or hebes. Pretty, fragrant, and structural plants. The horse chestnut is shading some shrubs that look terrible but if they’re allowed some light they might be lovely. And so on. 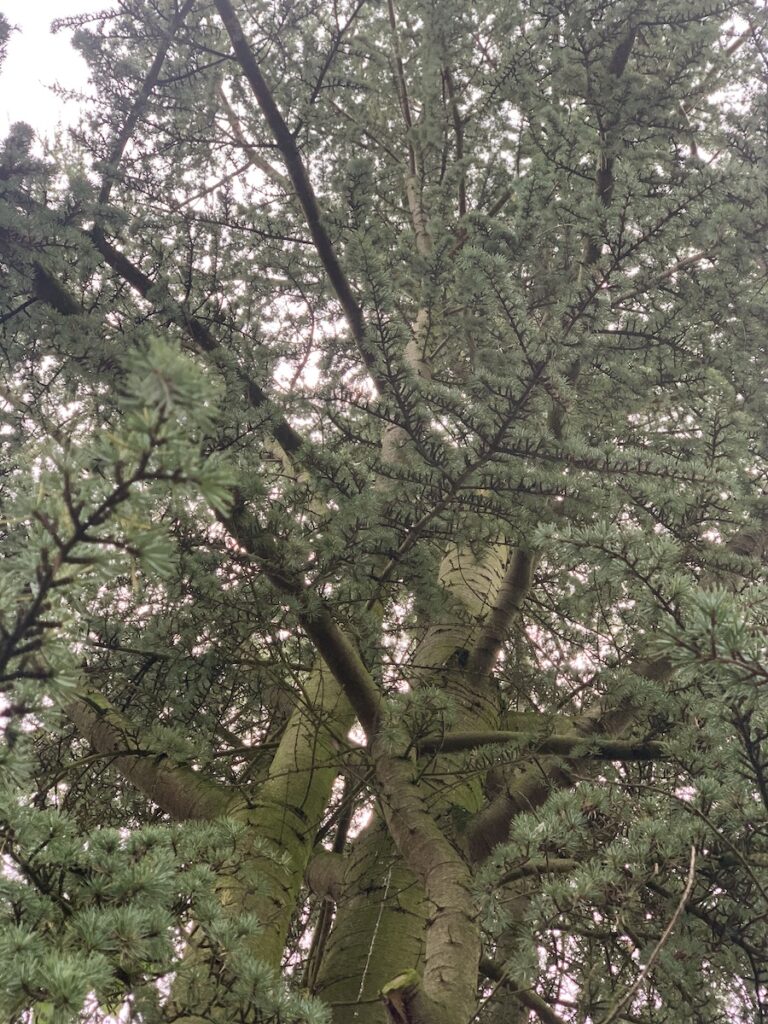 We live in a conservation area, which means we have to submit a planning application before we cut down or dramatically reduce the size of a tree. There’s a baseline and anything larger than whatever it is (something like a 10cm diameter trunk) requires permission. Luckily most of the trees are well below that or are classed as shrubs, but the three big ones, the cluster of conifers, the horse chestnut and the cedar all require permission.

I called a few tree surgeons to get an idea of what was required. I hoped that they’d also give me the right vocabulary to make a good application. One of them in particular was really helpful. He introduced himself as a tree hugger and made it clear he’d rather keep a tree than cut it down, so when he was sympathetic to our tree-felling agenda I felt better about the whole thing. I wondered aloud, since he seemed very knowledgeable, about putting in a request to lift the crown on the cedar rather than remove it. The idea being that we can put in a second request later, but it doesn’t risk us not getting the horse chestnut taken down. My worry is that if they see we want to cut down 3 substantial trees they might decide to refuse permission for all three. If we only ask to remove the conifers that nobody cares about and a cankerous horse chestnut, we’re more likely to get that permission.

I submitted the planning application, complete with shonky sketch, and now we wait. If you don’t get the request actively refused then it gets granted by default. If 6 weeks elapse and the council haven’t responded then you can fell your trees. On our side is that the tree-felling planning application list is vast at present (you can’t cut trees down in nesting season, so I wonder if there’s always a flood of requests come September) and many of them are for trees with Tree Preservation Orders, so they’ll be the priority for the tree officers. We might get our permission purely because they’re too busy to get around to us. Twigs crossed. 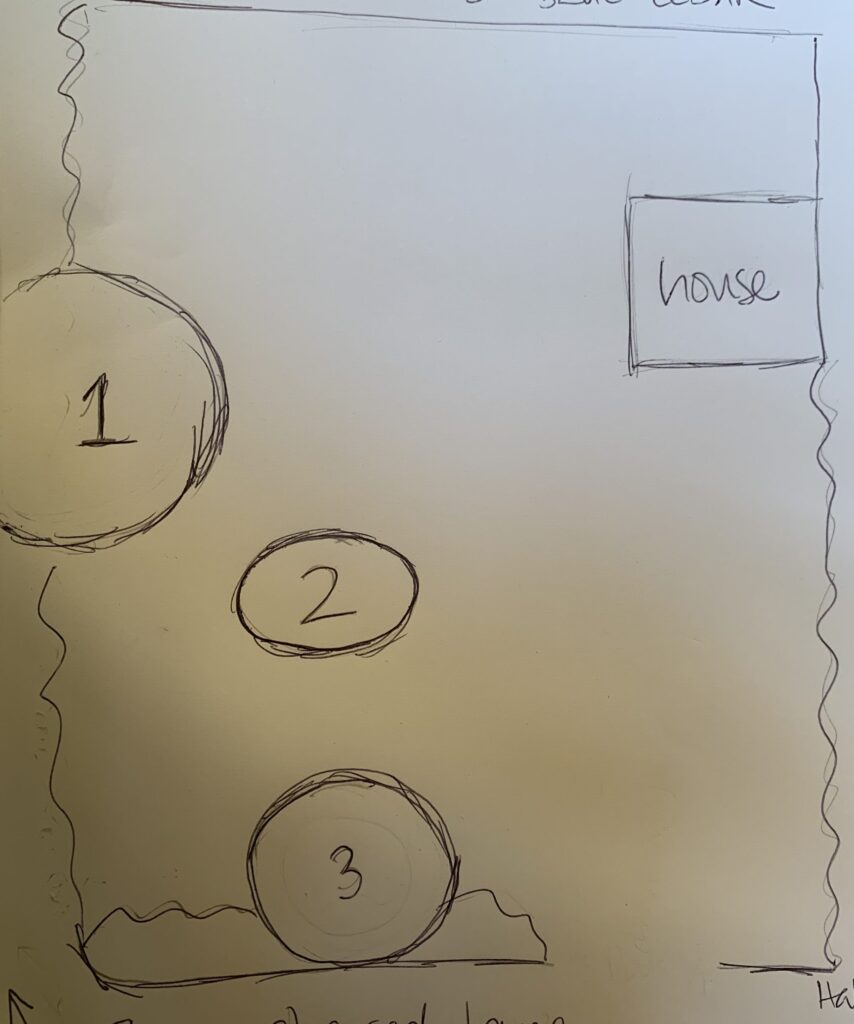