You know this bit. The “garden” is a space full of gravel. It’s not a gravel garden, it’s not a garden.

We made some tentative plans, let them sit for a bit and revisited them. One of the things we’ve changed is because, having lived here for nearly two months now, we can see that the garden is in shade for much of the day, so the bright, sun-drenched patio and sun-loving plants we’d planned aren’t going to work.

The wannabe garden is still full of gravel. So far nobody wants to come and take it off us. In the meantime we’re sowing seeds, buying plug plants and slowly working towards building the garden we want.

There’s an incline from the house to the end of the garden. A couple of houses down (you can see it across the fences; they’re all quite low here) they’ve built a raised patio at the top end of their garden, so basically creating two levels. And that’s exactly what we’re going to do too.

We’re trying to source a couple of hefty sleepers or rough hewn timber to create the retaining structure for the step up. You can buy sleepers, new and reclaimed, online, and they’re not that expensive, but the delivery costs are extortionate.

Once we’ve got the timber we’ll work to flatten the two sections of the garden. Then we can start creating the main flower bed.

I quite like the idea of having two levels, since the garden isn’t generous enough for us to create distinct zones, or ‘rooms’ as garden designers on telly say. We’ve tried to plan into this tiny space a couple of different views, so that you don’t see the whole garden the moment you walk out of the back door. We’ve also defined four spaces, determined mostly by the amount of sunshine that part of the garden enjoys.  We’ll have a patio area, with our table and chairs and the bbq in summer. That’s where there’s light shade in the afternoon for sitting around comfortably, and the last rays of evening sun to make the most of it. Then there’s a grow-your-own section, with the veg planters. They’re sheltered by wall and fence but get plenty of sunshine so they should be fairly productive. There’ll be one main flower bed, with very tall flowers in summer and a couple of shrubs in the centre for year-round structure. It’ll take up most of the garden, so it gets good sunlight throughout the day. Finally there’s a shade border along the right-hand fence, where we don’t get much sun at all bar a quick blast in the very early morning. Luckily we’ve lived with a shady garden before, so I already know a few pretty plants that will fare well there.

To agree the structure of the garden, the basic layout, we used a drawing program on the iPad. It’s called Bamboo Paper and it’s by Wacom, the people who make drawing tablets. We sketched out a number of designs there. You use your finger to draw, erase and annotate directly on the screen, so it really doesn’t get any easier than that. Then, once we were confident that was the right layout I transferred it to squared paper. The benefit of squared paper is that you can draw to scale, so it’s easy to measure and know you’ll fit everything in. I use squared paper for working things out in the house, too, like planning the layout of the bathroom. Sound investment. (WH Smith, £3.)

Here are some photos of seedlings to keep you going until there’s really something of note to show you. 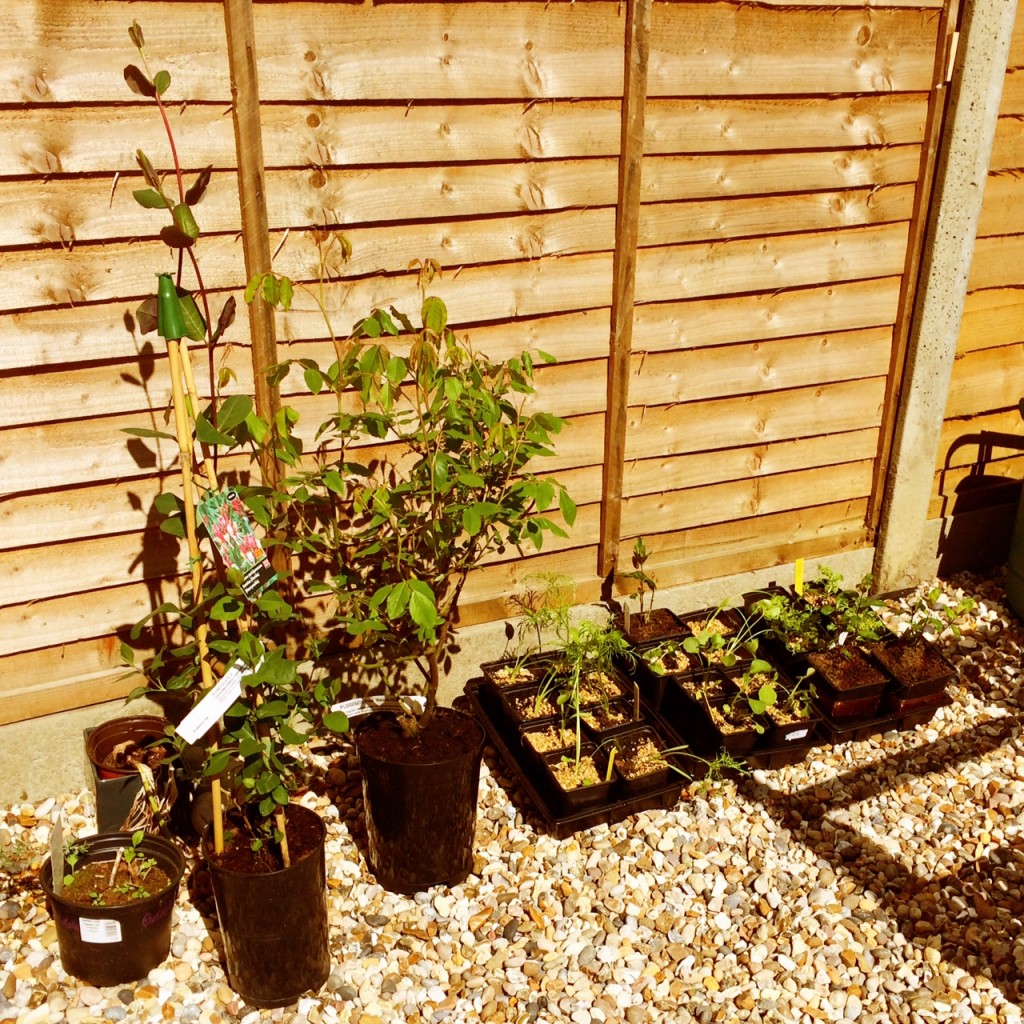 waiting for a permanent home 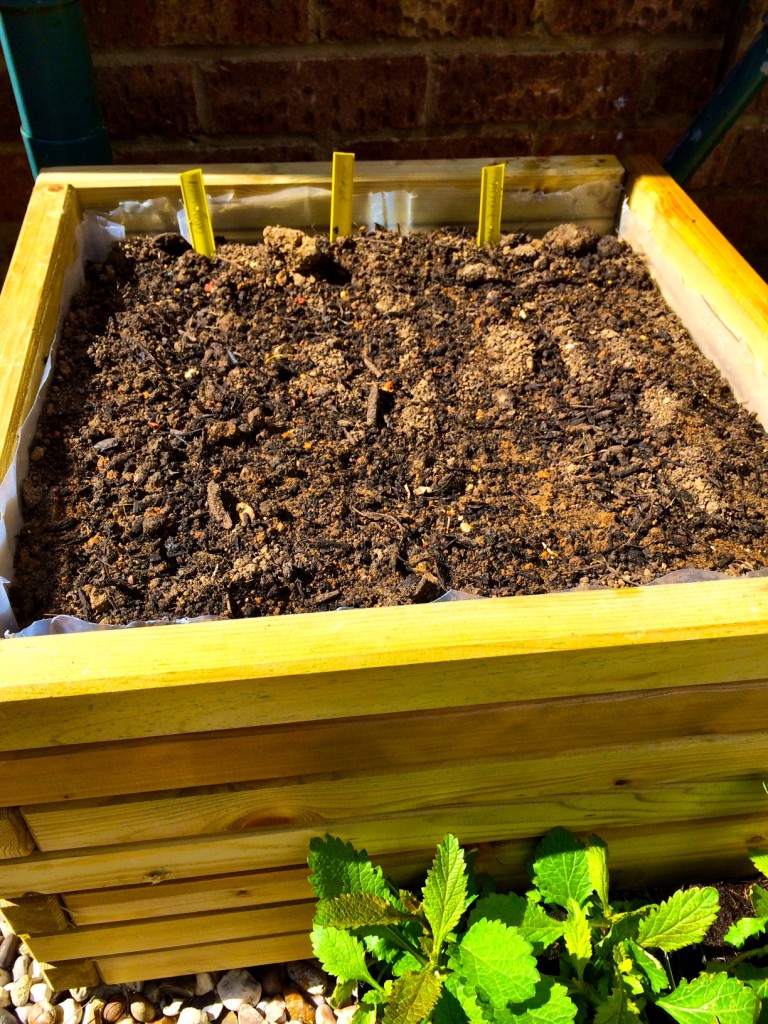