So they say. I’m never convinced.

We’re still waiting to finish the dining room floor. What a palaver. Nearly there, though, and I’ve been writing an epic blog post about it, ready to post when the floor is finally finished.

In the meantime we haven’t tackled anything on a great scale. It’s been a continuation of our ‘chipping away at it’ approach.

Yesterday we spent hours in the garden and we’ve got some biannual seeds sown for a hopefully glorious display next year. We’ve rather belatedly sown a few more summer bedding plants to see if we can fill up a hanging basket that’s currently in the shed but could hang by the front door, which would be lovely. I potted on some rose geraniums to a spot near the back door, where we’ll brush past them each time we go into the garden, so the scent will be beautiful. 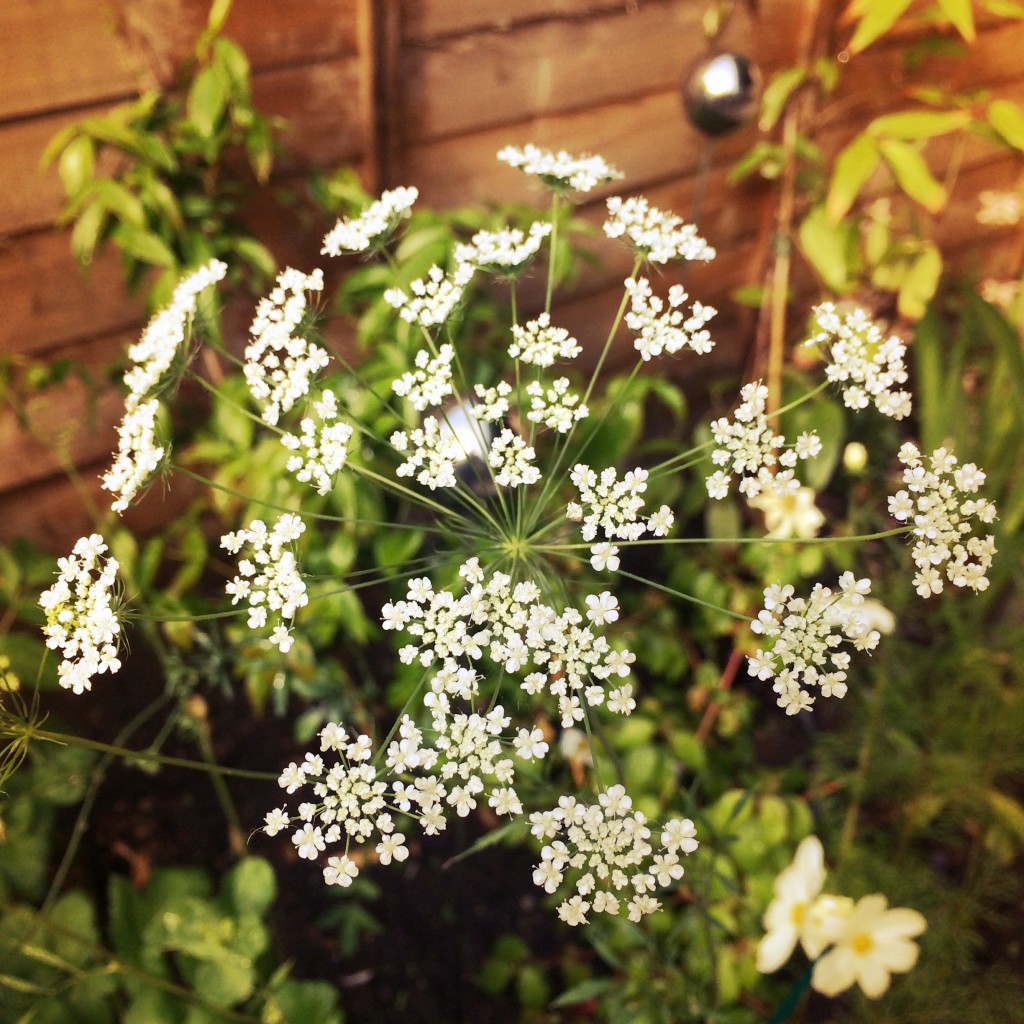 The potatoes are lush and green but so far there’s no sign of flowers. We’ll be waiting a little longer for our first potatoes. The tomatoes have just started flowering, so we should get our first edible fruits in about 6 weeks.

The various shrubs and climbers that we planted out into our first bed are now settling in well. The clematis has put on a burst of new growth, with beautiful bronze leaves clinging to the fence. The mock orange is flowering, though not as prolifically as I’d like. I’ve had a couple of small vases of sweet peas so far but only one rose. In general it’s all looking A-OK, but not outstanding.

Indoors we’ve re-arranged the living room to work better. With the tv tucked away in the corner it’s now a more sociable space. 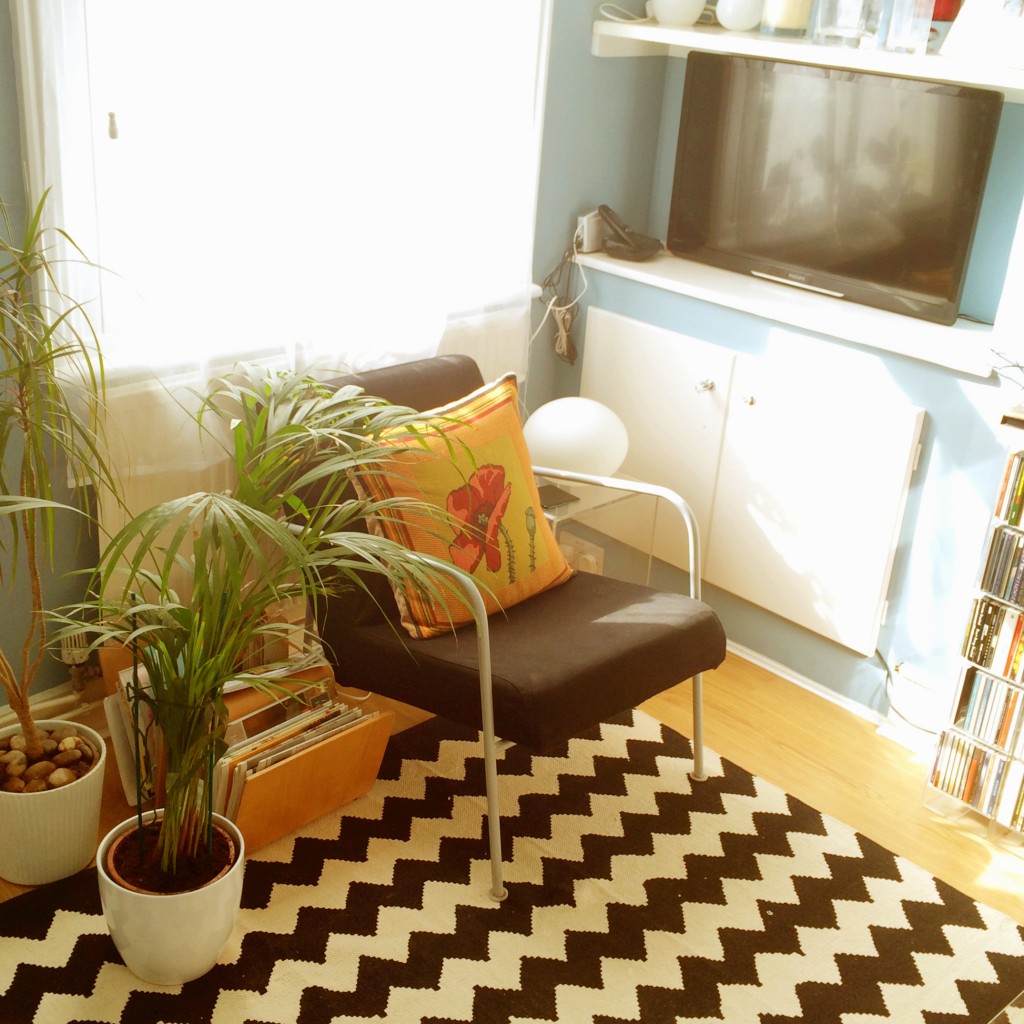 We’ve also put down the rugs that have been waiting in the wings and I’ve swapped over some of the other soft furnishings. The warm oranges and reds looked out of place against the blue walls so I dug out old cushion covers to make the most of the blue colour until we decorate. It looks much smarter now. 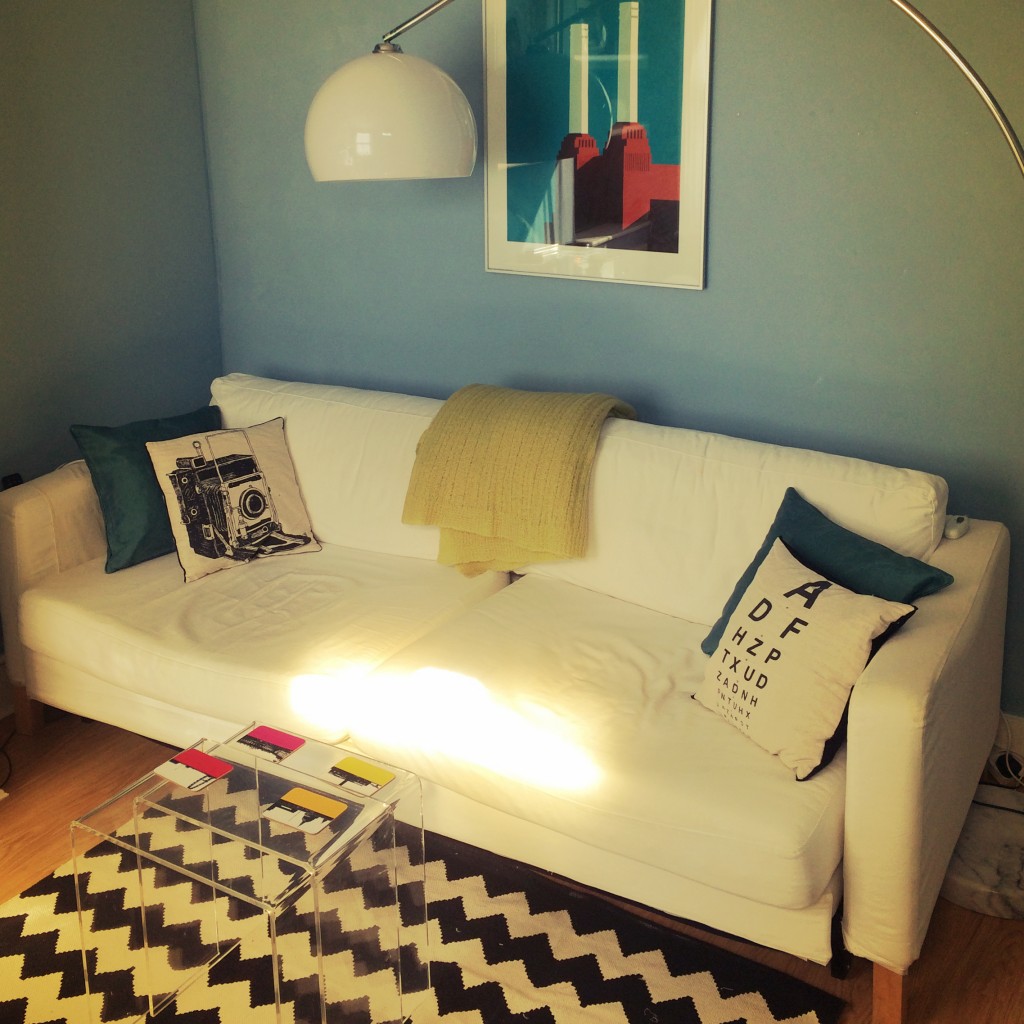 I’m learning to knit properly (I used to knit, but nothing beyond straight knit and purl) and as a pattern test I’ve created a lacy throw for our bed. Next on the list are bedside rugs, then I’m going to learn to cable and make some squishy cable knit cushion covers for the living room for autumn.

Next weekend we’ll (finally) be staining and varnishing the dining room floor. The weekend after we’re painting the garden fence – before the clematis makes that impossible. In between the fireplace man is coming to install our slate hearth in the dining room. It’s all go.

But right now it’s time to make a huge lasagna for Sunday dinner. We’ve earned it.

2 thoughts on “No news is good news”