Considering it’s nearly October I’m very impressed with some of our garden plants.

Besides a couple of permanent shrubs, we bought some summer bedding plug plants and seeds to grow our own. We had white nigella flowers that were very pretty but short-lived. There was another white flower that was pretty but the stems grew curved rather than straight so they got lost amid the foliage. The white cosmos started off ok but have gone on to give a fabulous display, despite being hounded by blackfly.

The verbena bonariensis is as magnificent as ever, though a little floppy and requiring an awful lot of tying in. 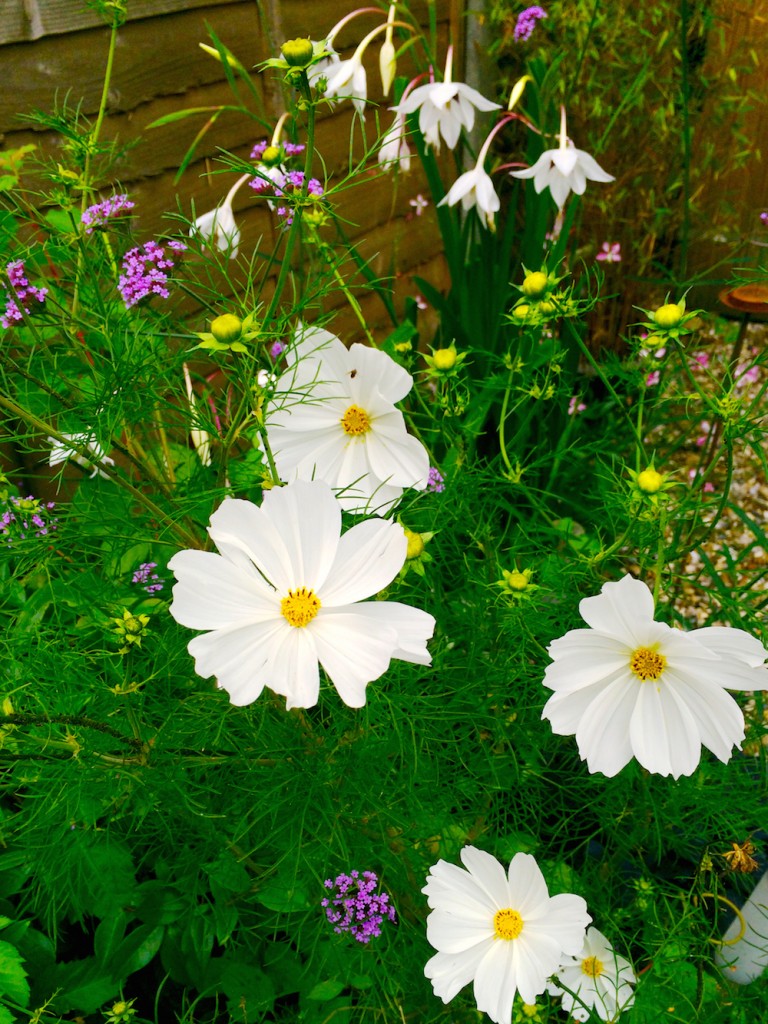 cosmos and verbena being very tall 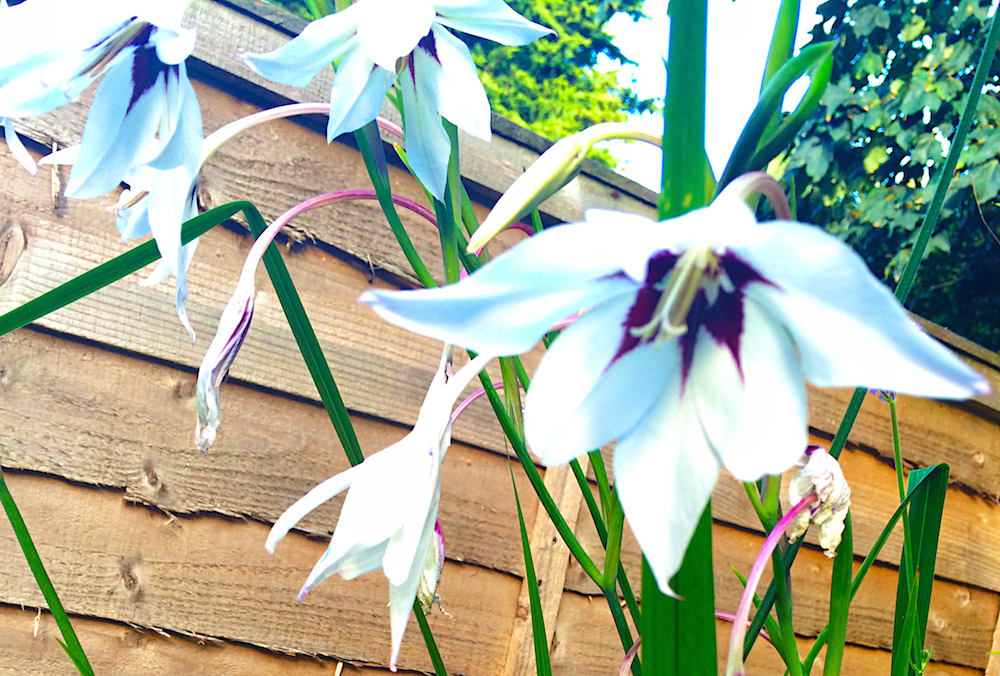 I scattered a few alyssum seeds around and they started to knit together to make little frothy mounds at the very front of the bed. 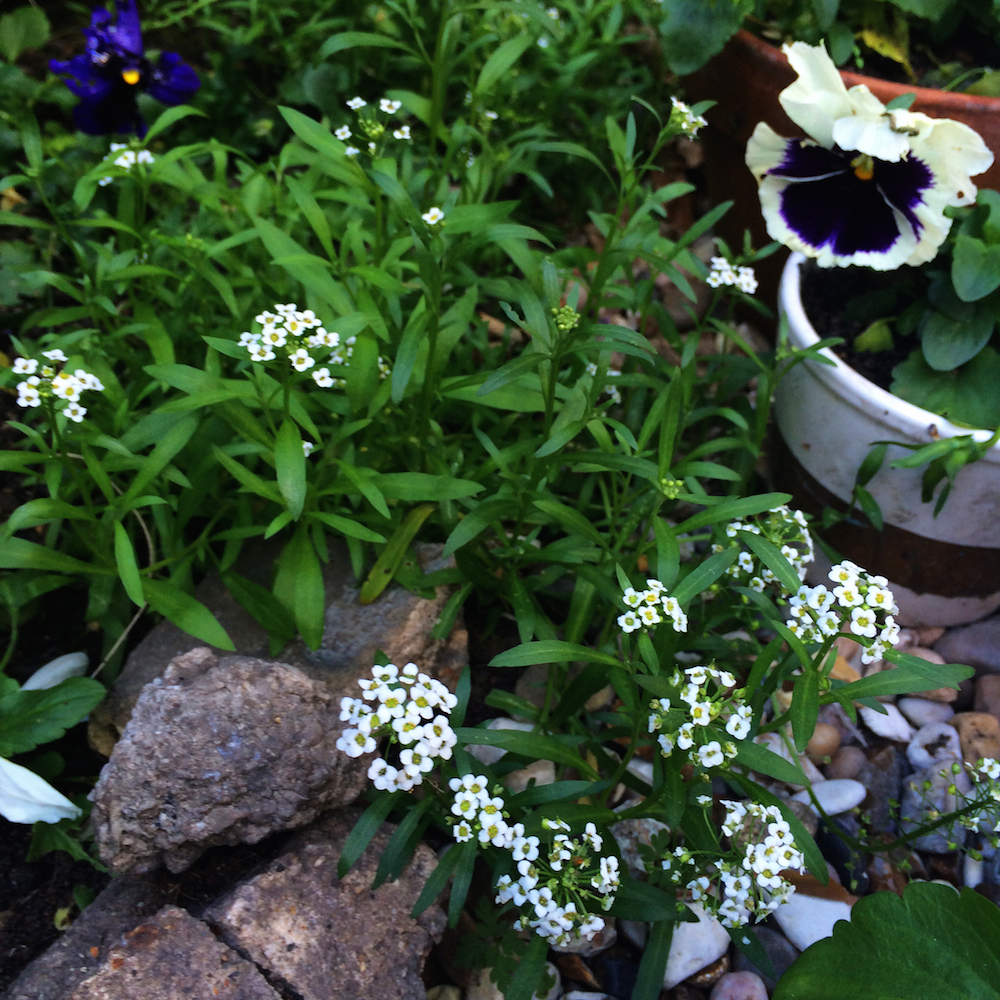 The poppy seeds didn’t take (Fairy Wings, a mix of white and pink field poppies), neither di the borage I sowed to fill in some gaps, but the seeds were old and we didn’t need the filler in the end. The angelica plant never flowered, though the leaves look parched so it probably has a disease of some sort, not that we’ve been able to identify it.

Our clematis that hasn’t flowered for years seems to have settled in well. One branch has entirely died while the other has raced all over and tied itself to everything it could get hold of. The honeysuckle didn’t flower this year either, which was somewhat disappointing. The philadelphus flowered fairly well and for longer than usual, so it must be happy to be out of its pot. And the star jasmine flowered for the first time in years. Only a few tiny little trusses of flowers, but still.

In the food garden we managed to get a handful of tomatoes but that’s all. The potatoes were lovely but we didn’t get that many. And finally the squash plants only produced one tiny little squash. We’re starting to get our heads round that we simply don’t get enough sun to grow food.

The pots are now full of pansies to keep us going over winter and I’ll be making a couple of large pots of “bulb lasagna” for layers of hope and colour from early spring.