First change! Within days of moving in we noticed that the fanlight above the front door can be very distracting when you’re sitting in the living room. Although the living room layout will likely change, so it might not always be an issue, we decided to add some privacy film to make it less distracty.

I chose a design with a number eight on a transparent circle, and the rest of the fanlight is etched-look. It looks great, was easy to put up and does stop the play of the light, reflections, birds, whatever it was  that was catching our eye.

We bought this from purlfrost.com. I’ve used brume.co.uk before (I had their lovely “Kiss the cook” on the kitchen window which looked out over a path shared with next door) but this one turned out a little cheaper. I’d recommend either company, it’s mostly about finding the right design for you.

I also put the zinc flower troughs, which used to hang off the railings in our courtyard, onto the front window ledge. The geraniums have been little troopers all winter and are still putting on a good show. The vivid blue anemones have come out to join them and look very pretty bobbing their heads in the breeze.

So we look a tiny bit different from the outside now. 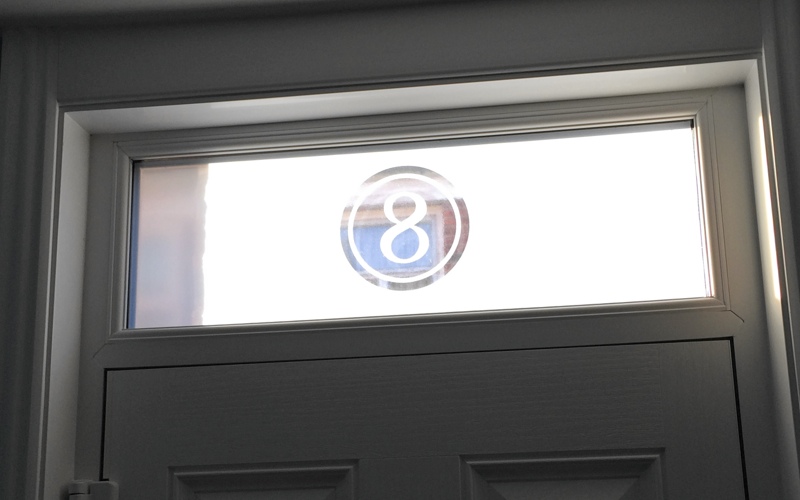